The Ketogenic Diet or Keto Diet is fundamentally flawed; it cannot restrict glutamine and glutamate as is claimed, its high blood fat levels risk spreading cancer; and restricting carbs can impair the microbiome and immune response.

The logic and the science

The theory behind the Keto Diet is that all cells burn glucose. However, while healthy cells are flexible and can burn alternatives like fats, proteins and ketone bodies, formed from fat (formed in a process called ketosis), cancer cells are inflexible and derive their energy from a fermentation process which uses glucose as the primary fuel. cancer cells need sugar.

However, if glucose were the only issue then you could use an Atkin’s diet. Do you remember that? It is where you avoided all carbs and ate lots of meat. And you lost weight. It was supposedly healthy. Some people have seen great improvements in the treatment programme for brain tumours with the Atkin’s Diet.

And this is where a lot of this focus lies – with brain cancer – and especially GBM. We know the brain is poisoned by glucose. Children can have 20+ fits (seizures) a day; but if you severely reduce their glucose consumption, the number of fits can fall to one or two a day, maximum. The keto diet has been a major breakthrough in the management of seizures. After all, it cuts your blood sugar. There is even a range of products called KetoCal to help you.

Cuts your blood sugar? According to Seyfried, the target for fasting blood sugar is 4.5 mmol/L.

Other exponents of the Keto Diet, don’t think the 2-8-90 rule is applicable and believe you can go into a state of Ketosis at 70% fat.

There are a couple of problems here.

There are a couple of problems here too.

4. There’s a general view that any fat goes – not just healthy unsaturated fat, but saturated fat too. Any fat helps form ketone bodies. But in cancer patients, the last thing you want is high lipids (especially saturated fat and triglycerides). It’s OK with a brain tumour as it cannot metastasise outside of the brain, but other cancers? Breast cancer survival increases if a woman uses a low fat diet; smokers get higher rates of lung cancer if they have higher blood fats. There is even research showing that people with high blood fats get more metastases and survive least. Professor Olivier Feron, at Louvain Medical School in Belgium has recently shown that cancer cells ‘load up’ on fat and this feeds their journey around the body.

5. And then there is coconut oil. When I asked Seyfried if he would eat it, put it on his food, cook with it; he said “Nooo. It’s highly inflammatory”. He’s right, I agree. The research shows your gut bacteria make TMA from it, and your liver turns it in to TMAO, which is hugely inflammatory. And as for the usual comments about olive oil going rancid if you cook with it – just look at the American Food Standards Agency and find ‘flash points’ – top avocado oil, 6th olive oil, 22nd coconut oil. Yup, of the three, coconut oil burns first!

It is with protein that the biggest problems occur.

6. Glutamine, an amino acid, broken down by enzymes into glutamate, can be an alternative energy source for cancer cells for many cancers. And, while several cancers seem particularly ´responsive´ to glucose, for example, brain tumours and colorectal cancers, others are especially responsive to glutamate, for example prostate cancer.   It is particularly worrying that some people with both gut problems and cancer are recommended beef bone broth by their nutritionist. Beef bone broth is full of glutamine.  So Seyfried wants me to restrict my animal protein – and therefore glutamine – consumption. Really? Is that going to starve my cancer? As I sit here writing this I AM FULL OF GLUTAMINE. It is in all my muscles, and 25% of my total reserves is in my brain. If I have a cancer cell and it cannot find glucose, it will just rob the adjacent cells of their glutamine. How could you restrict my glutamine by restricting my protein consumption. To this argument, Seyfried said “Well Chris. I admit we still have a few flaws to iron out in the Ketogenic diet. A ‘Flaw’? It’s the Grand Canyon of Flaws!

7. And to compound it, as any 16 year old Biology school children know, glutamine is a non-essential amino acid. You don’t need to eat it. You make it for yourself in your body.

The Keto diet is a contrived diet. No ancient tribes walked around eating no carbs, no protein and pouring fat down their throats – they ate nourishing whole foods, carbohydrates, nuts and seeds; they ate fresh foods – vegetables and fruits – and stored fruits – dates and preserves. They ate fish, and chicken and goat. And olive oil.

And that’s the Rainbow diet – the colourful Mediterranean Diet – its ingredients protect and correct. We have 90 research studies on this Website – with humans, who for 3,000 years have eaten and thrived on the diet. It is what it is, and what it has always been: probably the Healthiest Diet in the World.

Go to:  more on the Ketogenic Diet and cancer

HUG part 1 The importance of your microbiome

HUG part 2 How your gut gets ill 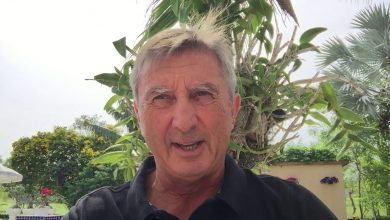 “Do I think your gut bacteria could cause cancer? You bet!” Buy now at cheapest prices online