Greater adherence to the Mediterranean Diet in mid-life results in a 46% increase in healthier ageing amongst women in terms of reaching 70 years of age and being free of chronic illness.

Analysing the dietary data of 10,670 women in the Boston Nurses Study, using dietary data from both 1984 and 1986, those women who adhered most closely to the Rainbow Diet were 46% more likely to reach the age of 70 and be free of 11 chronic illnesses at the end of the 15 year study period.

Those illnesses included chronic illnesses and major impairment of cognitive or physical function or mental health.

When the illnesses were analysed separately there was a far greater likelihood of no major limitations in physical or mental health.

The research (1) was funded by the National Institutes of Health, and, The Cancer Institute.

The overwhelming conclusion was that dietary patterns in mid-life contribute significantly to healthy
ageing.

Lengthened telomeres with a Rainbow Diet

In a further 2014 analysis (2) of the Boston Nurses study using the blood samples of 32835 women, adherence to the Rainbow Diet was linked to a significant increase in telomere length, further confirming the longevity benefits.

The importance of pulses in the Mediterranean Diet 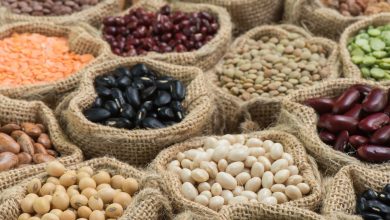 The Mediterranean Diet and Fibre

“Do I think your gut bacteria could cause cancer? You bet!” Buy now at cheapest prices online
Market Places
Facebook Twitter WhatsApp Telegram
Back to top button
Close
Close
Close
Log In